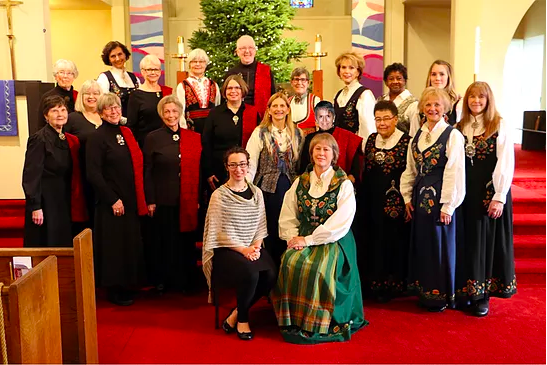 The Norwegian Ladies Chorus of Seattle has contributed its talents and music to the Puget Sound region’s Norwegian-American community for many years. Founded in 1936 by Dr. August Werner, Professor of Music at the University of Washington, the Chorus debuted on September 4th, 1936, at a reception held at Seattle’s famous Olympic Hotel during the Pacific Coast Norwegian Singers Association’s annual Sangerfest concert. The focus of the Chorus then, as well as now, is to study and sing Norwegian music by Norwegian composers and to perform limited selections of other appropriate music in English and various Scandinavian languages.